ADELPHI, Md. (JUNE 1, 2015) – Through the efforts of a U.S. Army Research Laboratory, or ARL, computer scientist, the way in which network science experimentation environments are designed, deployed and executed has been streamlined.

Scientists now have the ability to create virtual experimentation environments, each automatically configured and tailored to their specifications, from their web browser.

The system at the forefront of this novel innovation is known as the Dynamically Allocated Virtual Clustering Management System, or DAVC.

DAVC is an experimentation infrastructure, which provides the means to dynamically-create, deploy and manage virtual clusters of heterogeneous nodes within a cloud computing environment based upon resource utilization such as central processing unit load, available random-access memory, or RAM, hard disk space and network utilization.

An experiment should be replicable, runnable and readily available to all members of a team of researchers working on the project. In addition, researchers should also be able to duplicate, modify and build with ease upon pre-existing experiment applications.

DAVC makes all of this possible, as the system provides a controlled, repeatable emulation environment for research, development and evaluation of network and information assurance algorithms designed for tactical networks.

In addition to the aforementioned capabilities, but perhaps the most noteworthy, is the fact that the use of DAVC also means a reduction in cost and time spent by researchers when conducting a network science experiment.

“Think of DAVC as a way for a researcher to create his or her personal sandbox, where he or she can build personalized network science experiments with experiment-specific features including the computing systems, networks, applications, hard disk space and RAM,” said Kelvin Marcus, ARL computer scientist and lead of the DAVC project.

“Instead of having to manually configure multiple physical machines individually for an experiment, researchers can request a virtual experimentation cluster with the machines they need, and the capabilities they need the machines to have, through DAVC from their web browser,” Marcus said.

The DAVC controller is designed as a web application, which provides researchers with a simple web interface for creating and managing their virtual clusters.

The DAVC controller is responsible for dynamically generating and auto-configuring the many network settings and services (i.e., IP and MAC addresses, domain name system, dynamic host configuration protocol) for the cluster.

This also includes configuring the virtual local area network settings for each cluster, a step that ensures each researcher’s cluster is private and does not interfere with other clusters operating within DAVC.

The researcher can use the DAVC controller’s web interface to log in to each virtual machine once this process completes.

Lastly, the DAVC controller exposes a powerful web service, which enables its interoperability with other applications requiring automated virtualization capabilities. Therefore, as an alternative to using DAVC directly, users can take advantage of DAVC’s rich feature set by integrating it in to his or her own application as a virtualization service layer.

“Kelvin’s achievement has resulted in virtualization capabilities tailored for network science typically not available in products such as Amazon Web Services or OpenStack. DAVC is tailored for the network science research community with emphasis on experimentation, stability and sharing,” Toth said.

“DAVC will reduce the total network science experimentation cycle time by automating many of the tasks routinely performed by the researcher. Responses from our collaborators have been positive, and we are looking forward to making DAVC available on the ARL public website,” Toth said.

One of the above mentioned collaborators is Brian Adamson, from the Naval Research Laboratory.

“The DAVC environment, for managing computing clusters for emulation-based network experimentation, has general utility that could be applied to manage virtualization within NRL’s mobile network modeling testbed,” Adamson said. “The NRL team plans to explore DAVC further and possibly adopt it for laboratory use.”

DAVC is the primary component of ARL’s Network Science Research Laboratory, commonly referred to as NSRL, which was built to support research that aims to improve the ability to analyze, predict, design and govern complex systems that interweave the social/cognitive, information and communication network genres.

In addition to the physical laboratory, an NSRL page has been established on ARL’s public website to share select research projects such as DAVC and other tools supporting experimentation.

It is hoped that with this feature, systems such as DAVC will become staples in the network science community for researchers both within and outside of ARL.

Looking to the future, Marcus hopes that DAVC will be adopted as the standard virtualization source and experimentation environment in the research community, especially by those within the ARL community.

“Our end goal is to have individuals within ARL from all directorates and individuals from outside organizations utilize DAVC, when conducting experiments that call for the use of multiple computers with varying capabilities. We set out to make the computer experimentation process easier for the user so they can ultimately spend their time on the experiment at hand, rather than spending time setting it up,” Marcus said.

Marcus began his career as an intern at ARL in the Sensors and Electron Devices Directorate during the summer before his senior year of undergraduate studies at Delaware State University.

After receiving his bachelor’s degree in computer science, Marcus joined the laboratory’s Computational and Information Sciences Directorate and spent time working with the speech and language team as a key developer on multiple projects, including the smartphone-based basic language translator.

Marcus then joined the Tactical Network Assurance Branch, where he began specializing in tactical networking. Also at this time, Marcus completed the distributed computing master’s program in computer science at Johns Hopkins University.

The knowledge gained from his graduate studies helped fuel his research, which spanned many genres including component-based mesh-routing protocol development to coalition warfare applications and policy-based networking.

Marcus’s current research efforts are focused in the realm of network science, specifically quality of information, or QoI, and QoI-aware applications and tactical network emulation and experimentation. 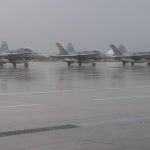