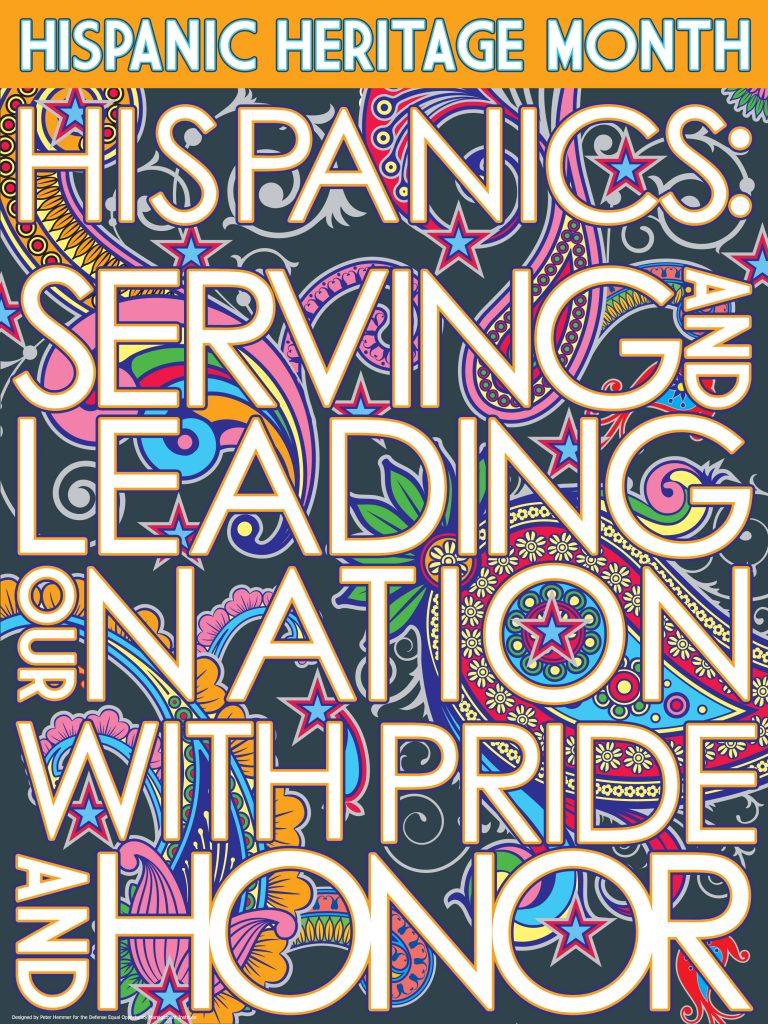 SEPTEMBER 13, 2018 – National Hispanic Heritage Month is celebrated from September 15th to October 15th. During this celebration, the Army commemorates and celebrates the contributions of Hispanic Americans to the nation, society, and culture.

The theme for the 2018 Hispanic Heritage Month is One Endless Voice to Enhance Our Traditions. The observance begins September 15 with the anniversaries of Costa Rica, El Salvador, Guatemala, Honduras and, Nicaragua. This month also encompasses Mexico’s Independence Day on September 16, the Independence Day of Chile on September 18th and Spain’s “National Day” on October 12.

During Hispanic Heritage Month, the U.S. Army commemorates the long-standing and remarkable contributions that Hispanics have made in building and defending the nation.

In celebrating National Hispanic Heritage Month, the Army recognizes not only the significance of individual contributions but also the value of diversity and an inclusive environment.

The Army understands the value and strength that an all-inclusive, diverse environment generates. To sustain a high-quality force that is trained and ready, the Army will continue to ensure that all Soldiers and civilians are given the opportunity to maximize their talents and potential and are treated with dignity and respect.

Through coordinated efforts throughout the Army, this observance will be used to inform Army audiences and celebrate the contributions of Hispanic Soldiers, civilians, and their families.

The Army is dedicated to leveraging the strength of its diverse force and ensuring equality for all its members. More than 136,000 Hispanic Soldiers currently serve, which is 13.8 percent of America’s Army. Just as America’s diversity has always been one of the nation’s greatest strengths, the Army’s diverse force makes it stronger and more capable. Today’s Hispanic Soldiers continue a legacy of professionalism, selfless service and courage that inspires generations to come.