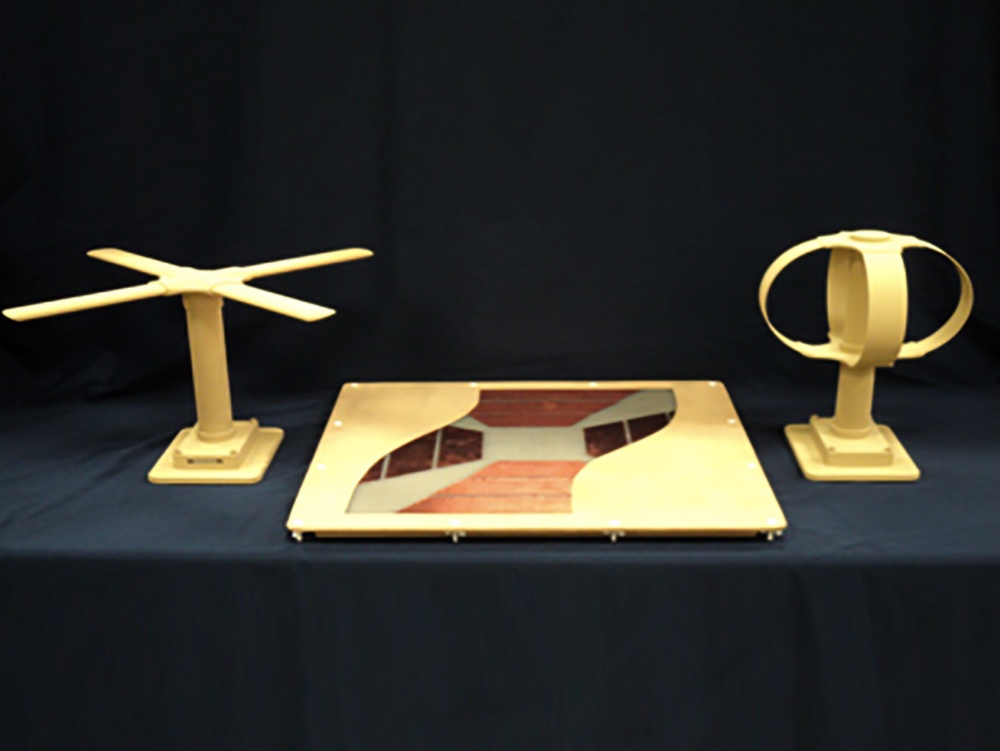 The Army matured a manufacturing process using a special class of engineered materials known as metaferrites to make an ultra-thin wideband antenna. The antenna conforms to curved surfaces, making it ideal to integrate in unmanned aircraft systems, rotary wing aircraft and ground vehicles.

“Recognizing the potential of metaferrites in antenna design and making a decision to invest in this technology were key to where we are today,” said Dr. Philip Perconti, deputy assistant Secretary of the Army for Research and Technology and chief scientist for the Army, as well as former CCDC Army Research Laboratory director. “Our technical experts used their knowledge in material properties, modeling and test and evaluation to further advance these materials. In addition, the Army also invested in the development of the manufacturing processes in collaboration with coalition and industrial partners to advance from a prototype material to one that could be mass produced. This would not have been possible without the foresight of experts who understood the value of the technology and a commitment of persistent investment in advanced manufacturing processes over several years.”

Scientists at the Lab started the research into potential metaferrite application for the Army.

“More than 10 years ago, we recognized these metaferrites have special properties, which could potentially be used to create RF antennas performing to standards impossible at that time,” said Dr. Steven Weiss, researcher at CCDC ARL. “When we sandwich metaferrites in pancake-thin antenna structures, good performance is achieved over a wide frequency range with the antenna having a broad hemispherical antenna pattern.”

MetaFerrite antenna prototypes have been integrated into land platforms, as well as onto a Black Hawk helicopter. Data from lab and field testing verified the antenna is a suitable replacement for antennas with higher profiles, including X-wing and egg beater antennas.

The metaferrite antenna has a wider frequency, which enables it to operate in both legacy satellite systems and with the Mobile User Objective System. The MUOS provides a beyond-line-of-sight capability, which allows Soldiers to maintain connectivity anywhere in battle.

“The metaferrite antenna’s wide, hemispherical reach enables more reliable contact with satellites,” Weiss said. “What’s more, it is self-contained and does not need to be grounded to a metal surface like commercial antennas.”

The project supports the Army’s Network/C3I, Future Vertical Lift and Next Generation Combat vehicle modernization priorities by providing a low-profile antenna for satellite-on-the-move communications. The antenna also eliminates drag for rotary-wing and other aircraft.

ARL worked with its defense, industry and international partners to mature the technology before establishing the ManTech RF MetaFerrite Devices Program in 2017. The ManTech program advanced the project and transitioned manufacturing from a foreign source to a domestic supplier, while also increasing manufacturing from 500 antennas per year to more than 1,000. ManTech also improved performance of the antenna using 50 percent less material.

“The ManTech program’s impact was transformational to this effort because it enabled us to understand the unique characteristics of the technology in order to develop a consistent manufacturing process to create the metaferrites,” Weiss said. “As a result, antenna developers have a new capability to design low-profile conforming antennas for warfighter applications.”