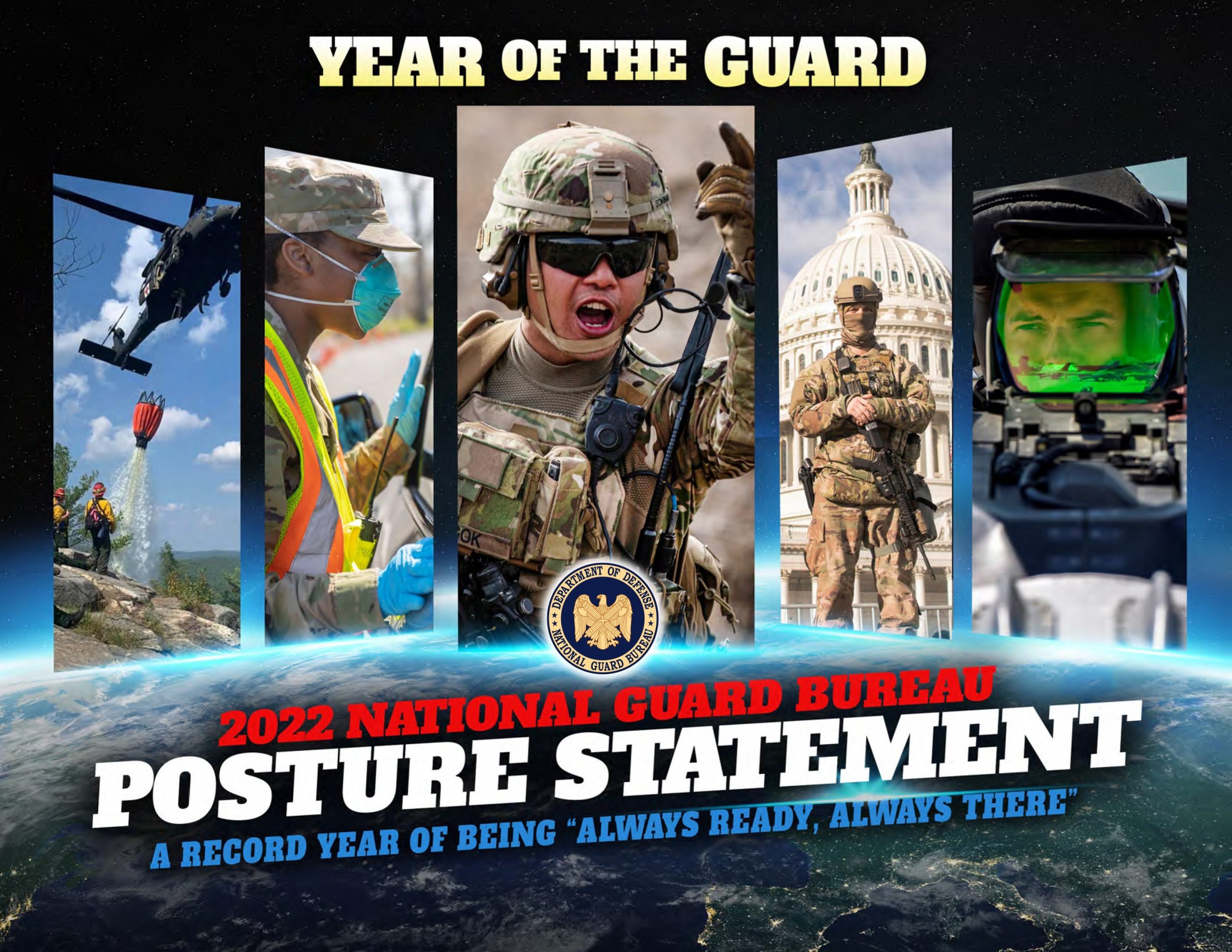 JUNE 10, 2021 – The National Guard released its annual posture statement June 9, detailing the Guard’s current operations and providing an overview of missions during a historic, unprecedentedly busy past year for the Guard.

“National Guard members supported every combatant commander around the globe and met every mission here at home,” Army Gen. Daniel Hokanson, chief of the National Guard Bureau, said in the statement. “On June 6, [2020], 120,000 National Guard Soldiers and Airmen were mobilized in support of overseas and domestic missions – one of the highest levels of National Guard support to our nation since World War II.”

The National Guard’s primary mission is supporting the overseas warfight, said Hokanson, adding those skills, training and abilities make the Guard highly capable and effective when responding to emergencies and crises at home.

“The National Guard is a lethal, cost-effective, dual-role operational force that provides a strategic depth to the Army, Air Force, and Space Force, and responds to crises in our homeland,” he said. “We are capable of operating in a complex global security environment and continue to invest in modernization and readiness to prepare for the threats of the future.”

“We must be ready to execute our three core missions: fighting America’s wars, securing the homeland, and building enduring partnerships that support our nation’s strategic objectives.”

One way the Guard supports all three core missions is through the Department of Defense’s State Partnership Program, which pairs state Guard elements with partner nations worldwide.

“Through the SPP, the National Guard maintains long-term relationships that strengthen alliances, enhance interoperability and reassure allies and deter our adversaries,” Hokanson said.

And as the primary combat reserve of the Army and Air Force, Hokanson said he sees increased reliance on the Guard.

“We provide enduring, rotational, surge, and follow-on forces to meet any joint force mission,” he said, adding that includes providing operational capability to the Space Force. “We have become the most capable, professional, ready, and combat-proven National Guard in the history of the United States.”

Hokanson emphasized the Guard’s most valuable asset is its people, with several initiatives underway to provide more balance.

“Those efforts will focus on providing a sustainable balance for our Soldiers, Airmen, space professionals, families and civilians when it comes to their military career, civilian career, and their family,” he said, adding that such efforts will “include access to the resources needed to maintain their resilience.”

Ongoing investment in the Guard and its people is key, Hokanson said.

“Continued investment in the National Guard ensures we can meet today’s demands while preserving the capability, capacity and deterrence our nation needs against a broad spectrum of potential future threats,” he said.

Hokanson outlined the road ahead.

“We must continue to build a National Guard that is stronger and more responsive,” he said. “A force with greater lethality, global influence and combat readiness to deter aggression.”