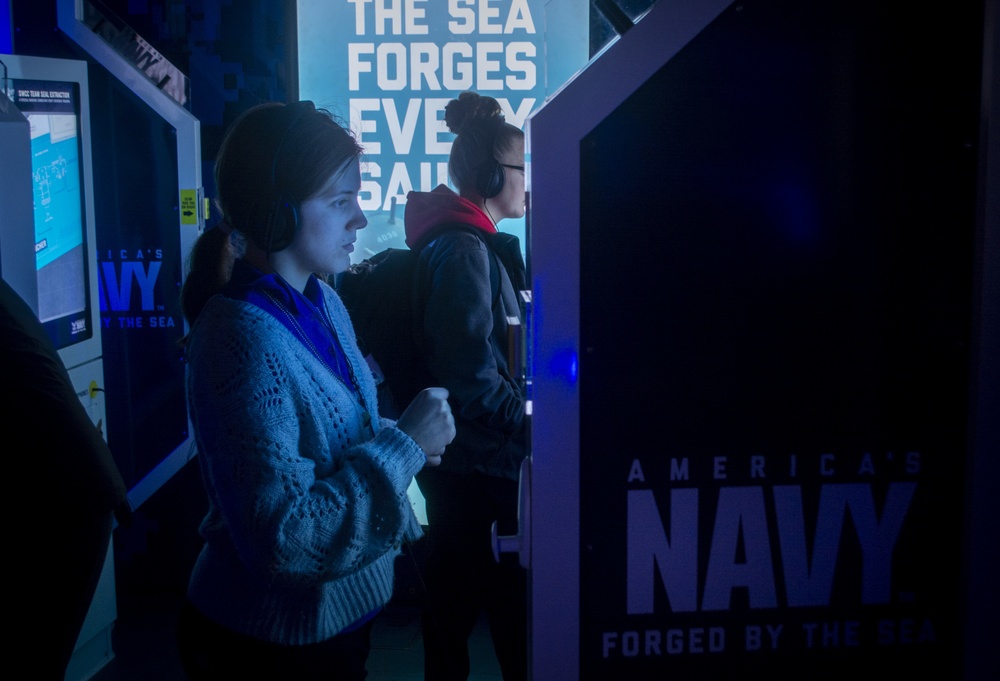 SEPTEMBER 7, 2021 – America’s Navy and Navy Recruiting Command are scheduled to celebrate Navy Promotional Days (NPD) in Baltimore, September 7 – 11, as part of the Navy’s national search for the best and brightest students who have what it takes to excel in high-demand, cutting-edge fields.

Throughout the weeklong visit, starting at Mergenthaler High School, students may interact with Sailors who can answer questions and share personal stories of how the Navy has affected their own lives. Students can also learn about exciting new projects, including the Navy’s first eSports team, featuring the most elite gamers in the service.

“The Baltimore area is one of the most diverse, talent-rich regions in the United States,” said Rear Adm. Dennis Velez, Commander of Navy Recruiting Command. “We are extremely excited to spend time with Mergenthaler High School students and American Legion’s Sea Cadets discussing the great opportunities available to them in the Navy.”

NPD’s purpose is to attract diverse prospects and to showcase opportunities for both military and civilian careers. Placing emphasis on Science, Technology, Engineering, and Mathematics (STEM), these events teach leadership and offer high school and college students the opportunity to network with local Navy representatives, attend lean six sigma workshops and classroom presentations.

The NPDs will also feature an immersive virtual reality experience, housed in a massive 18-wheeler truck, named the Nimitz. In the Nimitz participants will go through a video briefing before strapping on an Oculus Rift headset and a piece of wearable technology called a SubPac that percusses in real time to the sounds of the mission. Students will navigate the mission using a cutting-edge steering wheel and throttle system that replicate the actual sensation of piloting a high-speed special warfare combatant craft (SWCC) while extracting the Navy SEALs.

“It’s important that we reach all academic and ethnic demographics and be able to show the students that they can have a successful career in America’s Navy,” shared Lt. Anel Tavira, a native of Gainesville, Ga., a program manager assigned to NRC’s Office of Outreach and Diversity.

NRC consists of a command headquarters, three Navy Recruiting Regions, 26 NTAGs, and 64 Talent Acquisition Onboarding Centers (TAOCs) that serve more than 1,000 recruiting stations around the world. Their mission is to attract the highest quality candidates to assure the ongoing success of America’s Navy.

With more than 330,000 active duty sailors, 290 deployable ships, more than 3,700 aircraft and dozens of bases in the U.S. and across the globe, America’s Navy is the largest, most powerful naval force in the world. The opportunities available in today’s Navy are as boundless as the sea itself. To learn more about the opportunities in the Navy visit www.navy.com