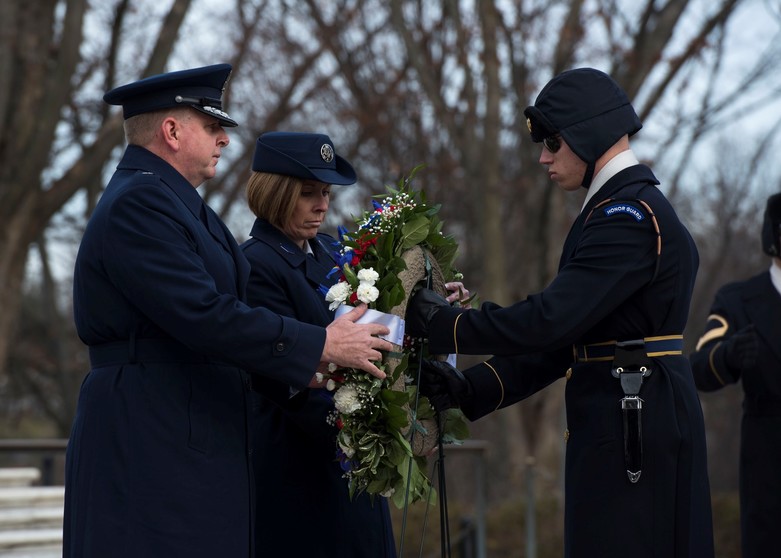 JANUARY 10, 2020 – The new year ushered in a solemn first for the Air Force Office of Special Investigations at Arlington National Cemetery.

The ceremony marked the first time in AFOSI’s 71-year history that leaders paid tribute to the sacrifices of the Unknown at the revered monument.

“Today we honor all of the fallen from past wars, but for us the added significance is honoring the memory of the OSI and Security Forces Fallen that all of us carry in our hearts,” Bullard said.

“This was an opportunity to personally honor those who have fought and died for freedom before us, especially those that were never identified,” Beirne-Flint said.

The monument itself has no officially designated name.

Arlington National Cemetery has 624 acres of rolling hills that serve as the final resting place for more than 400,000 active duty service members, veterans and their families.

Service to country is the common thread that binds all who are remembered and honored there.