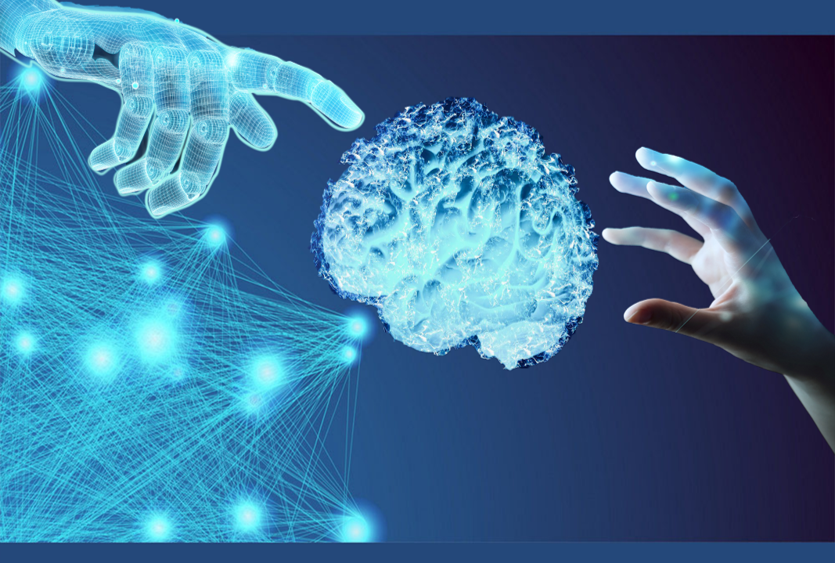 AUGUST 12, 2020 – Mankind has often dreamed of what the future may hold. Every advancement in technology opens minds to dream bigger and better. Imagination is the only final frontier as the human race ventures deeper into what were previously lightly treaded upon territories.

Artificial intelligence is one of those territories; and it’s not the infamous Skynet that fuels dystopian nightmares.

“Decades and decades of science fiction media have basically told people that if you have military and involve them in AI you get killer robots, autonomous machines that are designed to kill all humans,” said Col. Randy Gordon, former AI Accelerator director. “If you peek behind the curtains to see what AI really is, you start to see just how far-fetched that is.”

Capt. Lindsey McEvoy is the chief of AI research for the Air Force’s AI Accelerator, a hand-selected group of 11 active-duty Airmen and three Air Force Reservists from multiple career fields stationed in Cambridge, Massachusetts, partnering with the Massachusetts Institute of Technology and Lincoln Labs to assist in developing new ways to use AI, ensuring the tool is interwoven into current operations and the information is accessible by the public while aiming to change the Air Force’s culture of innovation.

“Artificial intelligence is a tool that can be used to enhance processes and to learn more about how something operates,” McEvoy said. “AI is very good at determining patterns based on data. It can ingest so much data and pick up on minute differences.

“A simple thing that everyone interacts with is when you’re typing a Google search in and it recommends what it thinks you’re typing. Even things like Netflix uses an algorithm to guess what you might like to watch next.”

Another example of AI would be the data-driven Tesla, a private sector company that uses AI in its autonomous vehicles. The vehicles pool data into a centralized location that acts as a nervous system, which then feeds the information back out to improve the vehicle’s reliability.

Within her own project, McEvoy is developing AI to enhance spectral awareness and assist in detecting anomalies in radio-frequency signals, infinitesimal changes can allow a program to know if a signal is being interfered with.

“Each project has the goal in mind of having an impact in the broader AI community in general,” McEvoy said. “For my project in particular, it would be the development of a next generation spectrum analyzer, which can separate signals into multiple components. This currently doesn’t exist and can help the communication systems in the outside world cite transmitters and understand the interference environment.”

Currently, the team has ten different projects on three-year contracts, with an Airman leading each one. Each project aims to benefit not only the military but also the civilian world, and the team also participates in senior leader education, outreach and consultation.

The projects include items that will improve upon image processing, disaster response, training schedules, navigation capabilities and weather prediction.

McEvoy and Gordon stressed that although AI can present amazing opportunities in pushing technology forward, it is mainly to absorb and find patterns in data and is no replacement for a human counterpart.

“AI is a great tool to help and assist, but it won’t replace somebody,” McEvoy said. “The combination of a human and a computer team is way more powerful. It’s not the end-all, be-all to solve everything.”

Aside from the technological advancements, the novel unit has deviated from the standard military cultural setting of creativity.

“We’ve only been in existence truly for a little bit over six months now,” Gordon said. “There’s already tangible spinoffs that are coming out and that’s largely a result of going about this in a way that the Air Force traditionally does not do.”

Gordon said some units have already started implementing one of these programs, called Puckboard, to optimize their training schedules. The current training schedule status quo largely relies on individual skill and experience.

“Eventually you can develop a really good scheduler who can see beyond the curve but it takes a long time and a series of trial and error to be able to do that. The moment that scheduler retires or (makes a permanent change of station) all of that knowledge is gone and we start all over again. We’re essentially relearning the same war year after year for the past 30 years.”

According to Gordon, their success largely hinges on the large amount of expressive freedom and their adaptation into the civilian world.

“We had our pick in terms of who we brought onto the team,” Gordon said. “We were looking for incredible Airmen who really knew what they were doing and we essentially let them go. We let them have free rein as far as where they need to take the project and how far it needs to go. It’s been pretty awesome.”

About 40% of the team participated in the Education With Industry program, where they were temporarily assigned to do a fellowship with private companies for a year as an educational opportunity. Team members were also selected based off of their diverse interests and go-getter attitudes.

“We needed to know that they were passionate about this mission, that they were cool working with people who have no idea what the AF is and to be good ambassadors; that they could work well together, and that they were comfortable working in a world where there wasn’t an Air Force Instruction they could pull off the wall and read,” Gordon said. “We needed self-starters who could take an ill-defined task and make it into something really beautiful. That’s how we got our guys.”

Bringing together the civilian and military world, Gordon believes sending operational Airmen to Cambridge to work with MIT was the best way to channel the best of AI capabilities into military use.

The team hopes their assignment inspires others to aim high in their pursuits and to give them something to look forward to in their careers.

“We have such talented Airmen and some of them get out,” McEvoy said. “They don’t see the innovation happening. We’re here to inspire people, for them to see that there is cool stuff going on that is actually making a difference.”

McEvoy said last year they requested proposals from both the Air Force and MIT and then matched, evaluated and narrowed down the proposals from around 120 projects to the current chosen ten. This summer, they plan to call for more proposals.

Together with their civilian academic counterparts, the AI Accelerator team hopes to change the world for the better, developing technology to assist people in their everyday lives and keeping up with today’s standards of national security.

“Other nation states around the world are developing this. They’re building it, not necessarily with the same values that we as an American society would bring to it,” Gordon said. “The ability of a military to develop this technology but to do it in a way that is consistent with the values of democracy and freedom (is important). That’s why all of our work is open and we’re doing this with MIT, it’s not classified hidden in a Department of Defense lab somewhere.”