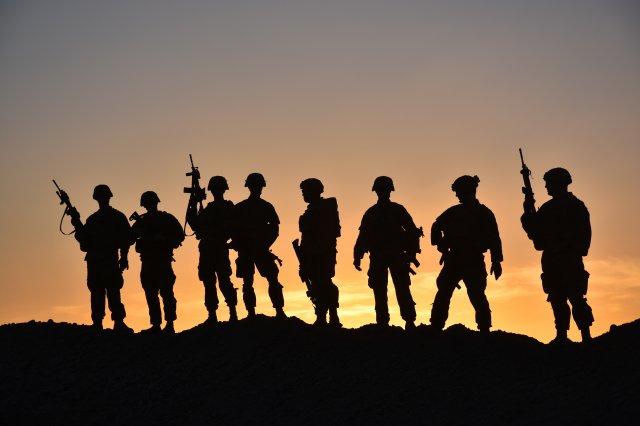 Afghan security forces are providing the power, NATO is providing support and training, and the Afghan people are providing the will in the fight against the Taliban and other extremist groups, Army Gen. John W. Nicholson said during a news conference at NATO headquarters in Brussels.

Nicholson also praised Afghan President Ashraf Ghani’s announcement of a June 15 cease-fire in the country for Eid al-Fitr, the celebration that marks the end of the Muslim observance of Ramadan — a month of fasting. The move is a “bold step towards peace and stability,” the general said.

The cease-fire pertains only to operations against the Taliban. Operations will continue apace against the Islamic State of Iraq and Syria, al-Qaida and other violent extremist groups.

South Asia Strategy
Nicholson said the U.S. South Asia strategy has been a game-changer for Afghanistan and the region. “The objective of this strategy is reconciliation, and the strategy is working,” he added.

Though violent acts still take place, the general said, the country is in a period of “fighting and talking,” as was the case in Northern Ireland and Colombia in the past. But the violent acts have not been effective, he noted. “The Taliban are no longer attempting to gain ground. They are trying to inflict casualties and gain media coverage,” Nicholson said.

For the first time, Nicholson said, all six Afghan corps conducted offensive operations over the winter, successfully repelling 80 percent of Taliban attacks on district centers and retaking the remaining 20 percent within hours or days.

Finally, the general noted that a loya Jurga composed of 3,000 senior religious leaders issued a ruling rejecting the religious justification for suicide and terror attacks.