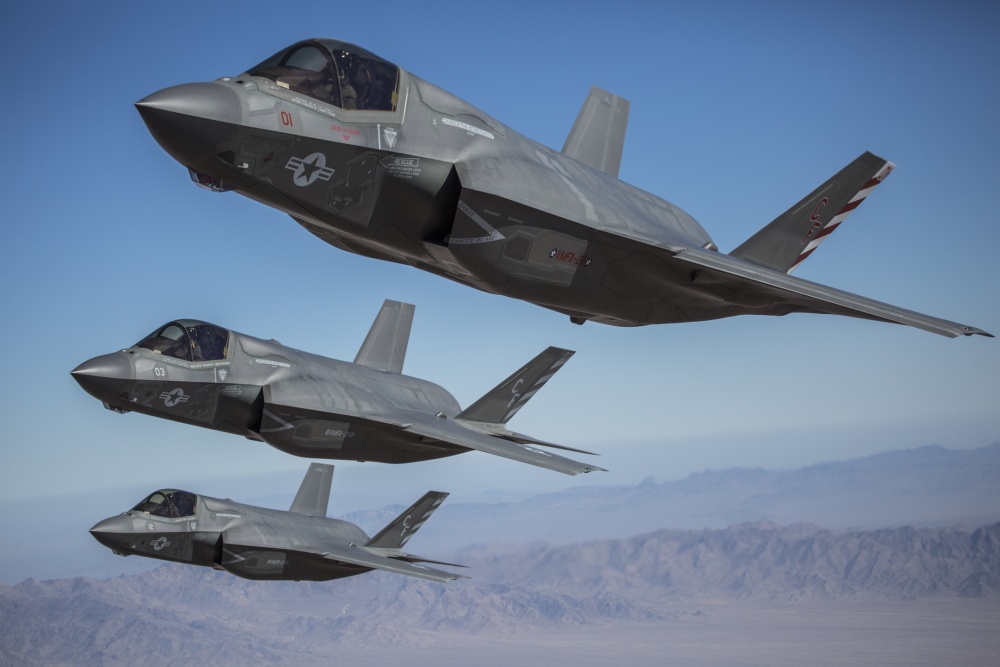 AUGUST 18, 2020 – Marines with 3rd Marine Aircraft Wing (MAW) were recognized for their performance in Exercise Red Flag 20-3, which took place between Aug. 3 and Aug. 15 in the vicinity of the Nevada Test and Training Range in Southern Nevada.

Red Flag is an annual war game that has continued to evolve since 1975 and provides Joint Forces with realistic training to help them identify and overcome emerging threats.

Marine Fighter Attack Squadron (VMFA) 211 was given “Top Honors” for their superior performance as they showcased the squadron’s abilities to provide support and keep aircraft in the fight. VMFA-211 returned to MCAS Yuma, being named the Outstanding Unit of Red Flag 20-3 after their maintenance department was recognized for their outstanding effort, along with their intel unit taking the “Top S-2” award.

The fifth-generation stealth fighter has only participated in Red Flag since 2016. However, VMFA-211 has proven that with the right support, the F-35 is more than capable of engaging multiple threats simultaneously and provides the Marine Corps with a valuable asset against near-peer adversaries.

“Outstanding Unit is a huge achievement that was accomplished through the efforts of our maintainers, our intel, and all of our supporting elements,” said Marine Corps Lt. Col. Joseph Freshour, the commanding officer for Marine Fighter Attack Squadron 211. “This exercise really gave us the opportunity to see where we stand as a squadron, and highlights our ability to work as a team.”

“The exercise offered an opportunity for our squadron to work and overcome complex problems in a scenario as close to combat as possible,” Freshour said. “Red Flag offered an opportunity for our experienced leadership to pass on their skills and knowledge to the next generation, while learning and refining skills of their own.”
Conducting what is considered one of the largest aerial war games in the world requires lengthy planning and coordination to ensure that all participants remained safe and healthy. Members of the Air Force’s 99th Mission Support Group and 99th Medical Group greatly supported these efforts, ensuring that all participants were aware of and adhered to local COVID-19 mitigation protocols.

“Our team built a great plan to keep our service members safe without compromising the rigorous training Red Flag is known for,” said Air Force Col. William Reese, the commanding officer of the 414th Combat Training Squadron. “We know our enemies won’t call a ‘time-out’ for this pandemic. So we’ve focused on warfighting integration and strengthened our partnership with our professional aggressor forces to ensure we are ready to defeat any threat.”

Marine Fighter Attack Squadron 211 has demonstrated their ability to remain technically and tactically proficient in all aspects of combat while practicing operational excellence even in the midst of a pandemic.