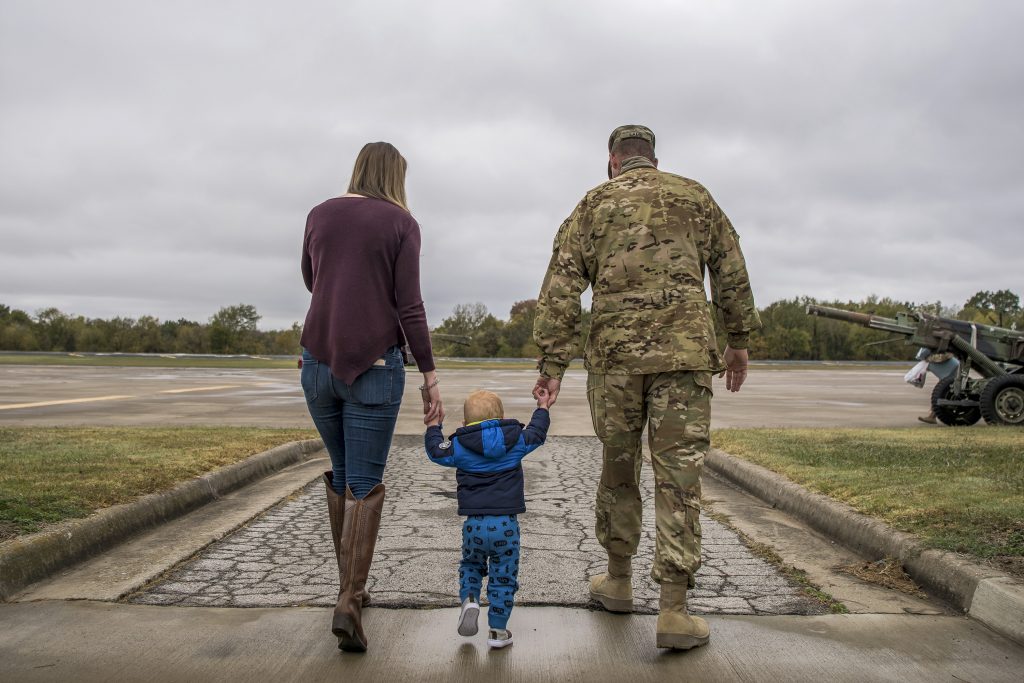 DECEMBER 3, 2020 – The Defense Department just released the results of the 2019 Survey of Active Duty Spouses. The survey is conducted every two years, and this year’s report, like those in other years, provide the department with guides on how to adjust family policy in the coming years, the principal deputy under secretary of defense for personnel and readiness said.

“These survey results are important because they help us evaluate policy and program success, address issues and gaps in resources and identify areas for necessary improvement,” said William Bushman during a virtual conference today where the results of the survey were revealed.

As part of the 2019 survey, more than 65,200 active duty military spouses were invited to participate, a little over 10,000, or 16.5%, opted to take part. Survey topics covered employment, deployment, reintegration and satisfaction with military life. Because the survey was completed in 2019, the effects of COVID-19 did not play a part in the survey.

“While many of the 2019 survey results are consistent with past years, the survey indicates that there are areas where we are doing well, findings that may be of some concern and findings that need to be watched,” said Dr. Paul Rosenfeld, director of the Center for Retention and Readiness within the Office of People Analytics.

Family finances and personal health were among the positive trends highlighted in the 2019 ADSS, Rosenfeld said.

According to Rosenfeld, the survey shows that 70% of respondents reported their family financial situation as either “comfortable” or “very comfortable.” This contrasts with only 64% reporting the same way in 2012.

“This encouraging finding mirrors results we have found on a status of forces survey of military members,” Rosenfeld said.

Also in the report, he said, is that 41% of spouses reported that in the past 12 months, their financial condition had improved, and reasons cited included reduction in debt and better financial management.

The majority of spouses who participated in the survey also reported overall satisfaction with their marriage as well as lower levels of marital instability as compared to the average married civilian.

While positive trends appeared throughout the report, there are areas of concern, Rosenfeld said.

Around 59% of survey respondents indicated that they favored their military spouse staying in the military service. That number has dropped. The most recent peak put that statistic at 68% in 2012. Since 2006, survey respondents most likely to say they prefer their spouse staying in the military have invariably come from the higher ranking personnel, both enlisted and officers.

Other areas of concern within the survey involve spouse employment, Rosenfeld said. According to the 2019 report, approximately 22% of active duty spouses are unemployed.

“Although the rate has been stable since 2012, it is higher than the civilian rate,” he said, adding that the rate of unemployment is higher for spouses married to junior service members, female spouses, ethnic and racial minorities, spouse’s under 26 years of age and those with no college or some college.

Childcare is also a concern for military families, Rosenfeld said. Approximately 43% of spouses with children under 13 reported using some form of childcare so that they can go to work. Only about 39%, however, used on-base child care, Rosenfeld said.

With the results of the survey now compiled, Bushman said the numbers will be used in coming years to continue to shape policy to improve the lives of service members and their families.

“As we review the results of the 2019 survey, we can gauge the impact of the changes the department has made since our 2017 survey and determine which policies and programs we need to refine so that we can provide the necessary support to our military families, for them to flourish, stay connected and be mission ready.”

The OPA also conducted a 2019 survey of reserve component military spouses. The results of that survey are still being processed and they will be released when that review is complete.

Spouse Satisfaction With Military Life
Many key indicators of well-being among active-duty military spouses have improved or held steady since 2017, according to the newly released Survey of Active Duty Spouses. The survey measured spouse satisfaction from 2017-2019.

The 2019 survey looked at spouse attitudes and experiences in the areas of military support and benefits, deployment and reintegration, education and employment, and spouse and child well-being.

Areas that improved or held steady from the 2017 survey include general health and well-being, financial stability, marital satisfaction, and positive child behaviors.

The survey also identified key opportunities for the Department of Defense to improve spouse satisfaction in the areas of personal stress support, as well as support for employment and deployment-related challenges.

“Our program and policy teams rely on insights from this important, recurring research study, which uses stratified sampling and weighting to produce results that create a reliable depiction of the experience faced by military spouses,” said Under Secretary of Defense for Personnel and Readiness Matthew P. Donovan. “This supports our ability to adjust, improve, and initiate policies and programs that meet the needs of our military spouses.”

The Department of Defense survey, conducted every two years, is the leading source of information about military spouses based on feedback from a representative cross-section of spouses. The data is used to analyze issues, programs, and services, and identify key opportunities to better support military spouses.

“The participation of military spouses is critical in providing the DOD with the insights needed to deliver on its priority to help military families thrive,” said Deputy Assistant Secretary of Defense for Military Community and Family Policy Kim Joiner. “It is with their feedback that we can make adjustments and introduce new programs to enhance support for military families.”