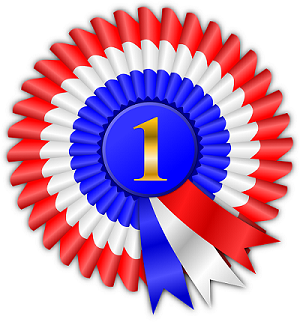 This year’s Navy winner is 17-year-old Jeffrey Burds, a Camp Lejeune High School student and Marine Corps JROTC cadet who has been involved in various extracurricular activities throughout high school.

“He is a member of the National Honor Society,” said Johnson. “On the basketball court, on the field of football and track; it all speaks to the kind of man Jeff is. He has endured 66 months of his dad being [deployed], and Jeff has thrived in this environment, not just survived. He is a young man who has demonstrated leadership, and he’s done so in many ways. He’s got his eyes set on the right place.”

This event marks the 8th annual MCY award, which recognizes children of parents from all military branches. Those nominated are children who have proved themselves as exceptional – balancing academic, extra-curricular, social, and military dependent life to become well-rounded and aspiring young adults.

“I think that when we see this evening’s award recipients, we see people who have survived the sacrifices of military lifestyle,” said Army Gen. Josef F. Dunford, chairman, joint chiefs of staff. “We see people who have had challenges in their own lives, who actually go far beyond the challenges they’ve faced in the military lifestyle. You can’t put a price on how much that means to us, along with the help from Operation Homefront.”

Burds, who was all smiles while receiving his award on stage, gave credit for his achievements where he felt it was due.

“I give a lot of credit to my dad for my accomplishments,” said Burds. “He’s been an inspiration to me for a long time, and he continues to inspire me still. He told me that if I quit, then I would always be a quitter. So that kind of stuck with me, and I think about it still.”

Fathered by Master Chief Hospital Corpsman Joseph Burds, Jeffrey lost his mother Debra to cancer when he was only nine years old. Since then, he has held true to what his mother told him before her passing, which was to “Do great things in life.”

“When my mom was going through her chemotherapy, I had to be the man of the household,” said Jeffrey Burds. “I just had to take over, and getting from point A to point B was on me. My dad wasn’t able to be there to give me a ride, so I had to either walk or just find a way. I haven’t let that stop me from participating in sports and other activities throughout high school.”

According to Jeffrey Burds, he has recently earned his driver’s license, which is just one of the many steps to come to come for his successful future.

“I absolutely plan on going to college after high school,” said Jeffrey Burds. “I just don’t know for sure what I want to major in yet. But whatever I do major in, I plan do it on a JROTC scholarship.”

The Military Child of the Year Award is presented annually by Operation Homefront to outstanding military children who demonstrate resiliency, leadership, and achievement. In addition to receiving a trip to our nation’s capital, recipients are awarded a laptop computer and a $10,000 award.