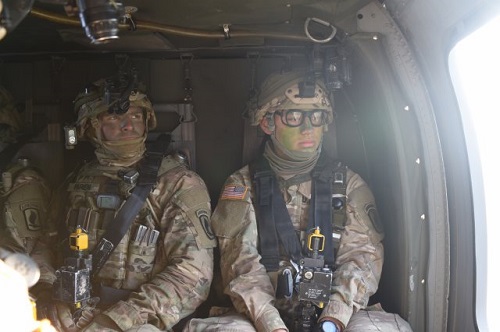 “The Task Force quickly met the challenge of integrating into the scenario with a light infantry unit,” said Capt. Trey Wheeler, an Apache pilot and company commander for Alpha Company, 1st Battalion, 3rd Aviation Regiment. “Our coordination increased as the mission progressed.”

This rotation to the Joint Multinational Readiness Center focused on the basics associated with conducting operations in an austere environment. This began with the Task Force tactically occupying the assembly area at night using night vision devices.