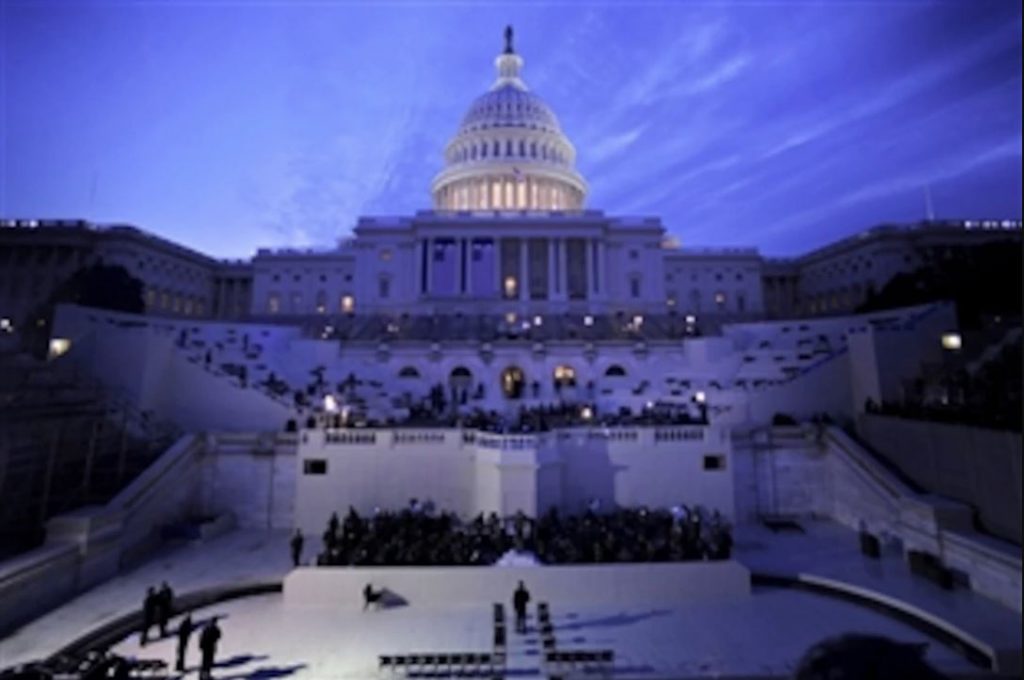 JANUARY 20, 2021 – With 25,000 National Guard troops in Washington to protect the U.S. Capitol and tomorrow’s presidential inauguration of the U.S. 46th president, law enforcement officials have identified and removed 12 people in the Guard’s ranks because of security precautions, officials told Pentagon reporters today.

Two of the 12 Guardsmen were found to have made “inappropriate comments or texts,” Hokanson said, without giving further details on any of those who were pulled from duty.

“[Extremism] is not tolerated in any branch of the United States military,” Hokanson said. “If there are reported issues, our leaders will address them immediately, in accordance with established department policies, and include ordered coordination with law enforcement.”

If there’s any identification or anything whatsoever that needs to be looked into, out of an abundance of caution, [the Guard] automatically pulls those personnel off the line and makes sure they’re not part of the mission set, the general said.

“And if there are any indications [of questionable behavior], we immediately address it through the chain of command or law enforcement [or] the appropriate level of agency,” he added. “But I’m not concerned [about] a large part of our organization. If you look at 25,000, we’ve had 12 identified … But we want to make sure, out of an abundance of caution, that we do the right thing until that gets cleared up.”

“I don’t want to get into the actual vetting and what partner organizations have found, but much of the information is — as the general mentioned — unrelated to the events taking place at the Capitol,” Hoffman said. “These are vetting efforts that identify any questionable behavior in the past or any potential link to questionable behavior, not just related to extremism.

“But … we’re not asking questions. Right now, we’re not asking questions of people who are flagged. We’re, out of an abundance of caution, taking action and immediately removing them from the line of duty at the Capitol and the events taking place,” the Pentagon spokesman said. “Then we will address them, whether it’s through law enforcement, if necessary, or through their chain of command.”

The matter at hand, he added, is that vetting processes are in place. “People have made it clear that if you see something, you should raise [attention to] it.

The National Guardsmen and women in the District of Columbia are from all 50 states and D.C. Upon completion of the inauguration, the Guard will continue to support federal law enforcement as requested, and service members will return home as soon as conditions permit, Hokanson said.