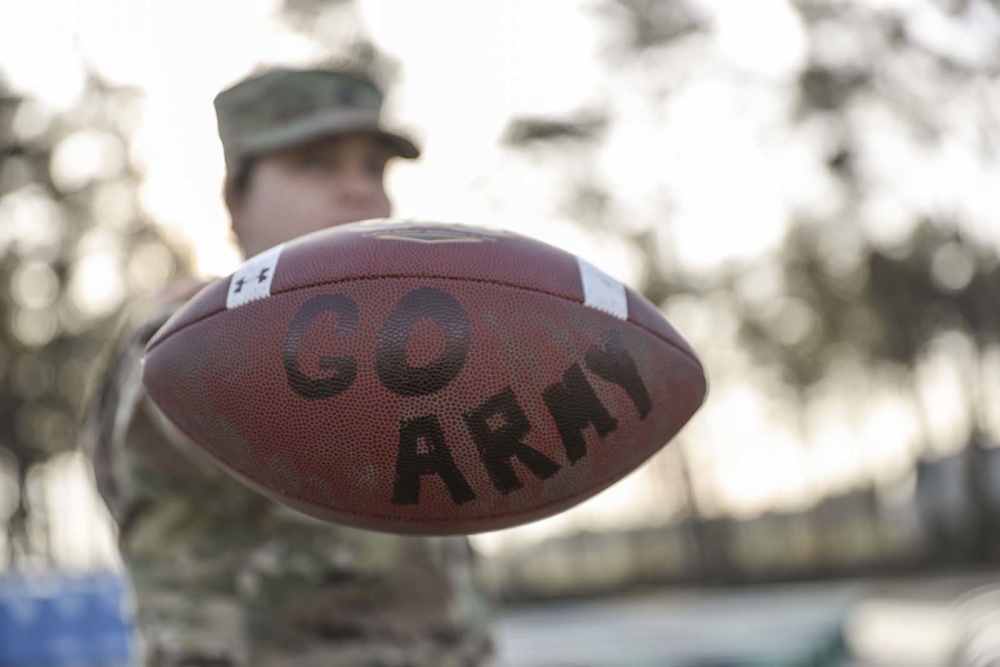 DECEMBER 13, 2019 – The United States has longstanding rivalries like Cowboys-Redskins, Alabama – LSU or Lakers-Celtics, just to name a few.

Great rivalries such as these fuel interest and generate a buzz that reaches even the most casual of fans. For some, rivalries begin with siblings, then perhaps amongst friends, at school or in the workplace. “Friendly competition” is a related term that when stripped down becomes the polite way of masking one’s true competitive spirit.

Though very respectful of each other, Army-Navy may only supersede its mutual respect by way of the palpable, tenacious play observed each year on the field.

It’s not a game for the faint of heart.

The 120th meeting between Army and Navy will commence Saturday, Dec 14th, 2019 at Lincoln Financial Field in Philadelphia, Pennsylvania. The academies will tangle once again as the Naval Academy continues its pursuit of the 2019 Commander-in Chief’s Trophy. Army has already been eliminated from contention this year.

Navy leads the overall series with a current record of 60-52-7. They also own the longest winning streak in series history as they reeled off 14 consecutive victories from 2002-2015. However, Army is currently on a three game winning streak.

Last year Army beat Navy 17-10, while also bringing the Commander-in Chief’s Trophy back to West Point for only the eighth time in series history.

The game is always filled with pageantry, and is frequently attended by sitting U.S. presidents. Additionally, it’s the one time each year that the two squads command a national television audience.

For the Soldiers across the country and deployed overseas, beating the Naval Academy instills a fierce pride and added motivation toward their service to country.

The cadets at ground zero in West Point, New York are no exception. Even in a down year, (Army is currently 5-6) a victory over the Naval Academy and all is forgiven. It could be argued by many that the season long results are secondary to the outcome of this game.

“I graduated in 2014, and from day one at West Point the concept of beating Navy is instilled in us. No one will ever correct you by saying ‘Go Army, or beat Navy,’ as that is a common way to greet anyone on campus,” said Capt. Isaac Cluff, brigade aviation officer with the 2nd Armored Brigade Combat Team, 1st Cavalry Division out of Fort Hood, Texas.

West Point graduates are not the only service members with a vested interest in the outcome, and the bigger picture that is symbolic of this game each year.

“It is a morale building event especially when your overseas because it’s kind of like having a piece of home, especially for those who are used to watching football. They represent all of us, not just the West Point Military Academy,” said Private First Class Rachel Morganstern, of the 2ABCT.

The two teams started introducing elaborate jerseys in recent years for the nationally televised game. Army has been wearing uniforms that pay homage to its past. In 2016, Army honored past World War II paratroopers. In 2017, they honored the 10th Mountain Division. However, the consensus seems to be that their signature uniform of the series was unveiled in 2018 with the all-black, red accented uniforms honoring the 1st Infantry Division of World War I.

Saturday afternoon, the Black Knights’ uniform will honor the U.S. Army’s 1st Cavalry Division who implemented the first large-scale use of helicopters during the war in Vietnam, which allowed for the mobilization of large contingents of Soldiers.

Dueling uniforms, intense play on the field, and thousands of over hyped cadets back at West Point make for a perfect storm of hype that can manifest itself in any number of ways.

Although the practice of hazing is no longer tolerated these days, that doesn’t stop the cadets at West Point from engaging in a harmless prank now and again.

“I feel a little bad for the Navy cadets who are at West Point during the Army-Navy game. The last Navy cadet we had while I was at West Point had all of his belongings moved up onto the roof of our barracks. He had his closet hung up, everything was made exactly like his room was inside, but it was hung up on the roof…..He was displaced,” said Cluff.

Every year Army-Navy week takes center stage, as there are typically no other rivalries or highly ranked games on the college football schedule.

“It’s a time when a lot of people who don’t think about service that often kind of think about it and get to focus on it that weekend. It’s a day when the whole country’s attention is on the Army-Navy football game,” said 1st Lt. Addison Clayton, with the 165th Movement Control Team (MCE) from Fort Riley, Kansas.

Win or lose, the Black Knights inspire a loyal nationwide following amongst their brothers and sisters-in-arms.

“On television, all you see is that football game, prior to that you have the two academies marching onto the field, (Navy still sucks at marching) you’ve got the flyovers, the helicopters from nearby installations,” said Cluff. “It’s a big show. Since graduation, I’ve watched it from Afghanistan, I’ve watched it from my office at work, this year I’ll be watching it in here in Poland, and I don’t care if it’s a one point difference, as long as we get the “W”.”

Although the rivalry burns with a jet-like flame, and the trash talking commonly reaches hurricane force, the cadets maintain a respect for the duty, loyalty and commitment to their respective services that is incumbent upon them. Ultimately, they are competitors on the field, yet counterparts that will fight for and protect each other in times of conflict away from the game.

Army-Navy participants are all future leaders in service to our country. December 14th will bring an unmatched intensity to the field. Fortunately, that’s where it will remain. These young men will move forward into their bright, promising, respective military careers, and though the winds of change may eventually lead them abroad, this game will remain a defining, vivid snapshot of a lifetime for all of them.