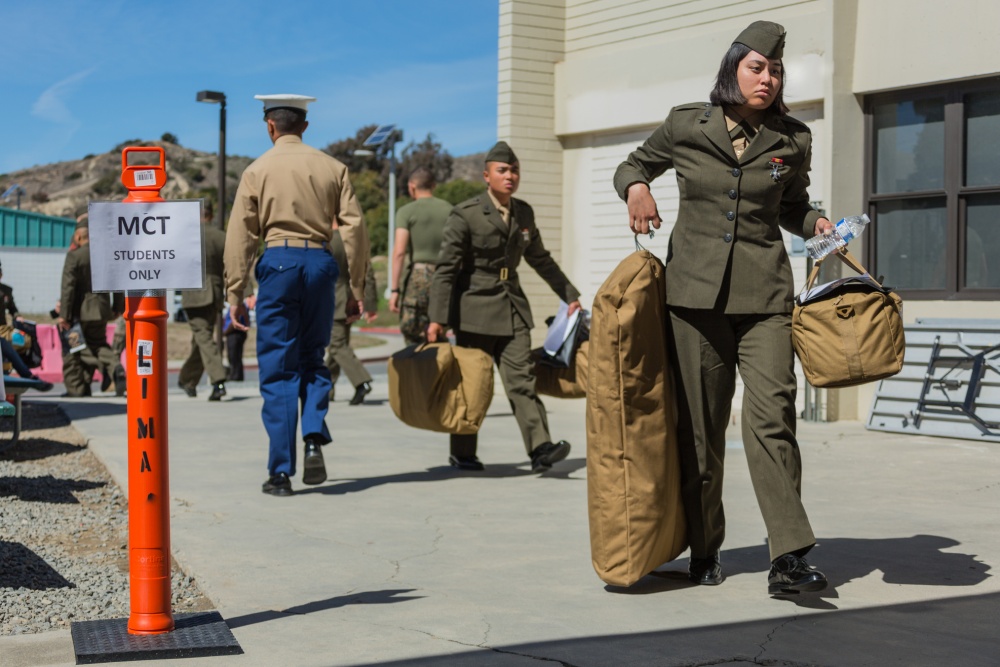 “It is important, one team one fight, at the end of the day it’s to show the Marine Corps can produce [Marines] regardless of gender and complete any mission.” Said Sgt. Ambar Gonzalez, a combat instructor with Lima Company, SOI-West.

An additional benefit of the integration is providing families from the West Coast opportunity to see their Marines graduate.

“If families had wanted to observe their daughter from boot camp, or any entry level training school they would have to travel across the country,’ said Hager. “These students are going to have the unique ability to have their families observe their graduation from MCT, from the local area where they came from.”

Marine Combat Training consists of a 29-day course where entry-level Marines in non-infantry related Military Occupational Specialties are taught the basic skills needed to function in a combat environment. Upon completion of MCT, every Marine will have the knowledge and ability to deploy and operate as a basic rifleman.