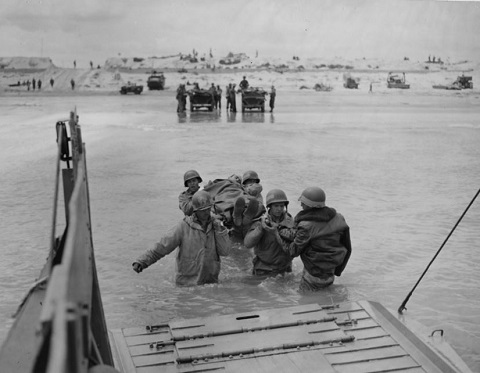 November 11, 2015, by David McCauley – This Veterans Day we celebrate those who have stood tall and answered the call of service to our country. Many brave men and women have made the ultimate sacrifice and we memorialize them. Many more survived, and it is November 11th that we salute them and honor their sacrifices, bravery, and dedication.

My grandfather was one such survivor. Evert Clay Kirby was a First Lieutenant in the Army Air Corps, and he served during World War II. He grew up during the tumult of the Great Depression and Dust Bowl before leaving home to join the military.

He flew 98 combat missions in the Pacific Theater against the Japanese, and took part in the Mariana and Palau Islands Campaign, which culminated in the Battle of the Philippine Sea. He saw heavy fighting, and quickly established himself as a capable aviator.

Through the course of the war, every member of his original training class was killed in action, leaving him as the sole survivor. This weighed heavily upon him for the rest of his life. I have often heard it remarked that those returning home are lucky, yet many don’t understand the guilt and trauma survivors bear.

I never knew my grandfather. Yet I grew up hearing many stories about him, and I often looked at his medals. He was only 59 when he passed away. His wartime experiences haunted him, and it took him down a dark path.

In the era of my grandfather, soldiers were called upon to be unrelentingly tough and masculine. Real men did not cry, did not tremble in the face of danger, did not shy away a fight. Much was expected and placed upon their squared shoulders, and some crumbled under this pressure. During World War II, 25% of casualties were attributed to psychological war trauma. This rate was higher for soldiers engaged in lengthy, intense fighting.

The standards they were held to were rigid and inflexible. PTSD was not well understood or known as such. World War I-era ideas about “shellshock” persisted before transitioning into “battle fatigue”. This combat exhaustion was so widespread that psychiatrists of the day were confronted with evidence that perhaps psychological weakness had little to do with distress in combat.

Even decorated soldiers who had fought bravely on previous tours were susceptible, proving that no one was immune. The symptoms included paranoia, anger, depression, survivor’s guilt, hypervigilance, and loss of memory – all symptoms modernly attributed to Post-Traumatic Stress Disorder (PTSD).

My grandfather faced several of these problems. He was capable of being brave, terrifying, and melancholy – sometimes all at once. He self-medicated, often using alcohol to cope and forget. There was no counseling for him, nor VSO support groups to help him cope. His friends post-war facilitated his drinking, and over time his health declined even further. He was a product of the times he was raised in, and he did not discuss his problems, instead bottling them.

As we celebrate this Veterans Day, let us remember the ones who have served and survived. Remember the veterans who are still paying the price of their service, and are battling inner demons to this day. Offer gratitude, but mostly importantly offer your understanding and support.

If you as a veteran are suffering silently or keeping the demons at bay for one more day, remember that there is help and there is hope as long as you have faith in the promise of tomorrow. Speak out, speak up, and let us help. We haven’t forgotten your sacrifices. We’re here and we are listening.