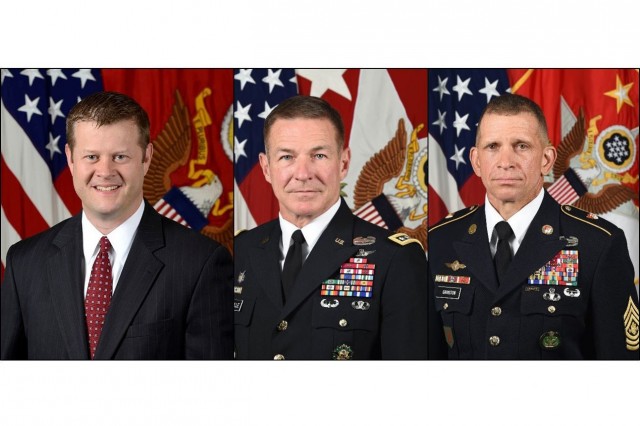 Over the past week, the country has suffered an explosion of frustration over the racial divisions that still plague us as Americans. And because your Army is a reflection of American society, those divisions live in the Army as well. We feel the frustration and anger. We felt it this week while traveling through the nation’s capital with the DC National Guard. We feel it, even though we can never fully understand the frustration and life experiences of people of color, in or out of uniform. But we do understand the importance of taking care of people, and of treating every person with dignity and respect.

Our ability to defend this country from all enemies, foreign and domestic, is founded upon a sacred trust with the American people. Racial division erodes that trust. Though we all aspire to live by the Army values of loyalty, duty, respect, selfless service, honor, integrity, and personal courage, the Army has sometimes fallen short. Because just as we reflect the best of America, we reflect its imperfections as well. We need to work harder to earn the trust of mothers and fathers who hesitate to hand their sons and daughters into our care. How we respond to the anger that has ignited will chart the course of that trust.

Every Soldier and Department of the Army Civilian swears an oath to support and defend the Constitution. That includes the right of the people peaceably to assemble and to petition the government for a redress of grievances. We will continue to support and defend those rights, and we will continue to protect Americans, whether from enemies of the United States overseas, from COVID-19 at home, or from violence in our communities that threatens to drown out the voices begging us to listen. To Army leaders of all ranks, listen to your people, but don’t wait for them to come to you. Go to them. Ask the uncomfortable questions. Lead with compassion and humility, and create an environment in which people feel comfortable expressing grievances. Let us be the first to set the example. We are listening. And we will continue to put people first as long as we are leading the Army. Because people are our greatest strength.

God bless all of the people of our United States Army: our Soldiers, Families, Civilians, and Soldier for Life retirees and veterans. And God bless the United States of America.

Michael A. Grinston
Sergeant Major of the Army