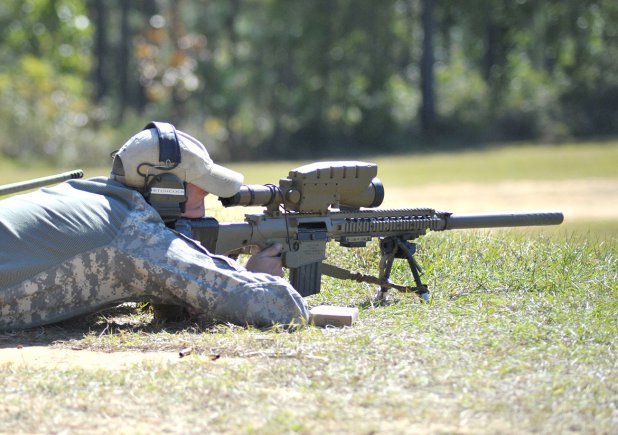 APRIL 13, 2018 – Do you remember your first time on a shooting range (as a civilian or in basic)? If you were like the average first-timer, you were probably excited to get to work… only to find that most of your range time would be about safety, not about becoming an expert marksman.

Looking back, however, it’s hard not to smirk a little at the younger version of you. Every one of those safety steps, irritating as they still are, proved to be instrumental in building your respect for your weapon and ultimately your ability to fulfill your duty. Though I won’t tell you to make your bed every day to create global change, the attention to detail in weapons safety extended to the barrage of other minutiae you were drilling on a daily basis, and you will most likely never handle a gun in an unsafe way as long as you live.

In the socially combative political climate covering the US today, it’s more important than ever to show adherence to protocol, to give careful thought to weapons safety and the broader questions on the national table, and finally to serve as model arms bearers for civilians all along the gun predilection spectrum.

Every Detail, Every Time
Every complaint is valid: safety guides are tedious, range masters try even the most patient, and it is all unequivocally part of the mind game, zooming in on the target of building yourself into the greater-than-one cause.

You did it, though, and you came around. The muscle memory of safety training helps you to handle an incredibly stressful and high-stakes job as much as all of the other countless drills you endured. It’s like the purposeful military version of meditation on the range.

Like many, you probably lost count of the push-ups and dress-downs to which you fell prey for the tiniest infractions. Your tormenters weren’t satisfied until they could get only the best out of you as a rule. Now, you follow every code to the letter, can explain its merit and implement to anyone who is curious (or behind in their training), and you can thoroughly and efficiently inspect your weapon, and do so as a habit. It’s not a commando movie, but it is a net positive.

Winning the Mind Game
We can all agree that military training is rigorous, with the range being no safe space or escape from well-meaning torture. Perhaps no facet of training better epitomizes doing exactly as told, when told.

You fired your weapon only when told and only at what you were told to shoot, and stopped as soon as you heard the command. Not only was this necessary for basic safety with a group of mostly-novice shooters, but you were slowly building unity and synchronization with your companions as you all followed the orders and awaited the next ones. Your group won the mind game when you came out as a more capable unit for all your trouble.

All-American
It’s impossible not to notice that America is up in arms over gun control (or lack thereof, depending who you ask). At no time in recent history has the brawl been such a political pandemic, and it is more important than ever to embody professionalism when handling weapons.

To varying degrees, civilians look up to service members as model citizens, patriots, and skilled warriors. It is the duty of the well-trained to set an example for current gun owners to follow and for poorly informed protestors to see how things should work. Influential anti-gun advocates picture the “hold my beer” gun nuts, the kids on the Internet making their confident yet idiotic product review or tutorial videos, and the gruff sticks in the mud who quietly watch all hell break loose, yet refuse to show empathy or share insight into their passion.

Service members are called upon in tumultuous times to be community leaders, and this should include the proper practices of weapons safety, which are the law of the land in the military but only followed in bits and pieces in civilian settings.

Byline:
Sturgill Smith is a contributing writer at www.MinuteManReview.com, where he covers second amendment issues and fights for free speech. Formerly a resident of Roanoke, VA, he now lives in the great state of Texas. When not at the range or working on his writing skills, he is attending university at UTA.