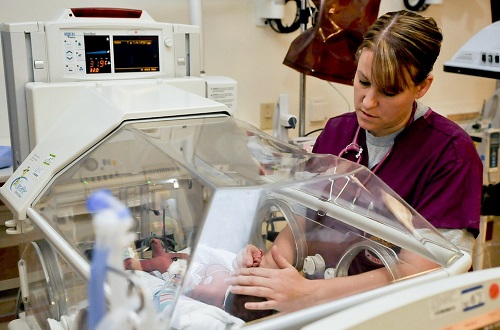 March 14, 2017, by Lizzie Weakley – The U.S. military serves as a great career path for millions of men and women. While many people in the military choose to stay there for their entire working lives, others decide to return to the civilian world after their military time is up. This article will reveal three reasons why nursing is a great career for veterans, both male and female, that should be pursued after their time in active duty concludes.

You Could Spend Your Days Treating Your Fellow Veterans

As of 2013, there were over 38,000 veterans who served in the U.S. Navy, Army, Air Force, Coast Guard and Marine Corps living. These veterans have served in World War II, Korean, and Vietnam Wars. In the coming years, these veterans will make up a large portion of the people who use healthcare services. If you’re interested in working with veterans in the healthcare industry, now could be a great time to go into nursing.

Right now, there are over 2 million women who have served in the U.S. Army, Navy, Air Force, Marine Corps, and Coast Guard. Ever since the days of Florence Nightingale, nursing has always been at the forefront of careers that were women-friendly. Nowadays, nursing is even better known as a career path that is mother-friendly.

Female veterans who are considering their next career steps would do well to consider nursing. Even male veterans should consider nursing as a second act to their military career. Whatever your gender, nursing is a great career to consider as you can find jobs that accommodate any schedule. Whether you’re a single mother, work full-time, or already have a job, you can find an online masters of nursing program that will allow you to earn your degree.

You Can Get Your Nursing Degree Faster

Author Bio: My name is Lizzie Weakley and I am a freelance writer from Columbus, Ohio. I went to college at The Ohio State University where I studied communications. I enjoy the outdoors and long walks in the park with my 3­ year ­old husky Snowball.