Scheduled events include Vets for Vets Biker Rally, Louisiana Veterans Honor Parade and more Several veterans’ support organizations in the Shreveport-Bossier area have announced plans to host a special weekend honoring military veterans, Nov. 7-11, 2012. The weekend will include a variety of public events, all of which will be free to attend for veterans and their … END_OF_DOCUMENT_TOKEN_TO_BE_REPLACED

September 11, 2012 By Jason Leander Medical Malpractice Insurance: What Every Military Physician Should Know about Coming home is a wonderful thing. But, transitioning from active military duty back into civilian life is often layered with many complex, smaller transitions. For military physicians, transitioning into (or beginning) a civilian medical position or practice can … END_OF_DOCUMENT_TOKEN_TO_BE_REPLACED

8/21/2012 Commentary by Sgt. Maj. Michael S. Burke Marines put a lot of stock in bearing. One of the 14 Marine Corps Leadership Traits is defined as: “The way you conduct or carry yourself. Your manner should reflect alertness, competence, confidence, and control.” Personally, I prefer the word comportment but it’s the same thing. A civilian friend once … END_OF_DOCUMENT_TOKEN_TO_BE_REPLACED

July 24, 2012 By Cpl. Chelsea Flowers Col. Arthur Tomassetti has been an integral part of the development of the Lockheed Martin F-35 Lightning II and its prototype the X-35 since its inception. The F-35, which features three variants to be used by the Marine Corps, Air Force and Navy, is a single-seat aircraft capable of stealthy operations, equipped with an enhanced computer … END_OF_DOCUMENT_TOKEN_TO_BE_REPLACED 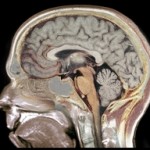 July 17, 2012 Written by Steven Madison When you are in the military, you know that reporting to your unit in poor physical fitness starts things off on the wrong foot. It's not just a matter of pride; it's important for the job. Studies have found a strong correlation between the survival of soldiers on the battlefield after being wounded and the level of their physical … END_OF_DOCUMENT_TOKEN_TO_BE_REPLACED