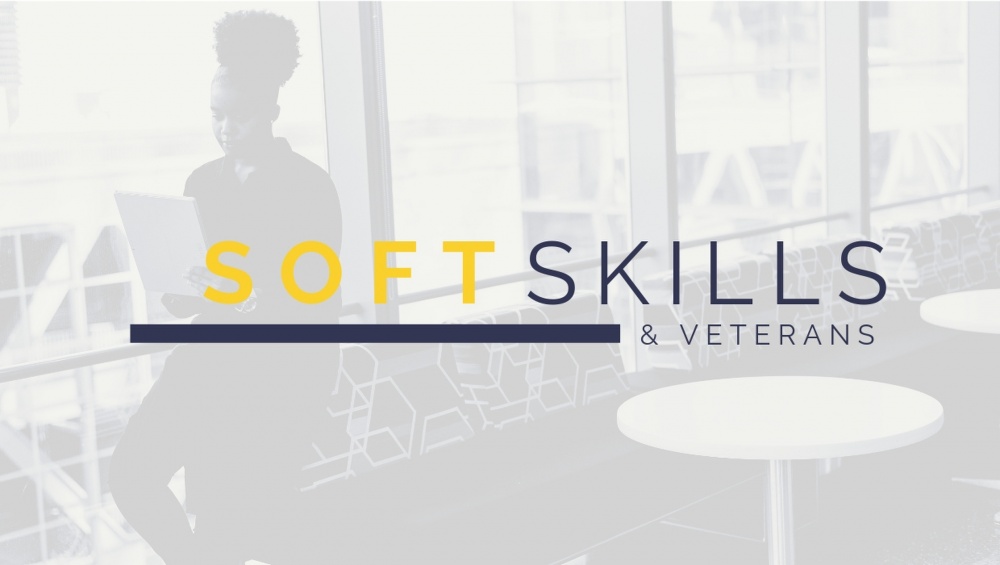 MAY 16, 2019 – In case you haven’t heard, military veterans have a variety of skills, commonly referred to as soft skills, which help make them your best employee. The Department of Defense (DoD) Transition to Veterans Program Office (TVPO) commissioned the RAND Corporation to identify and codify the soft skills service members gain from their on-the-job training and professional military education.

Unlike hard skills – which are skills that can be gained through education and training programs and can be easily defined and evaluated – soft skills are commonly referred to as interpersonal skills, and are much harder to teach, define, and evaluate.

The Skills
In this study, the RAND Corporation identified 19 soft skills that service members develop throughout their professional military career. They are:

From the moment they enter the military, service members are taught identical skills and traits that many employers emphasize in job postings and interviews.

However, for civilian employers, understanding what nontechnical skills veterans have received through training, education, and on-the-job experiences can be challenging, because military and civilian workplace cultures and languages can seem radically different from one another.

Furthermore, some transitioning service members and veterans have a hard time accurately describing their military experience and translating their skills into civilian sector terminology.

“(Soft) skills are in high demand in the civilian workforce, somewhat difficult to find in most civilians, and abundant in our service members and veterans. However, most service members and veterans do not understand that they possess these skills and most civilian employers do not appreciate how effectively the military develops them,” said Nathan Ainspan, Ph.D., Research Psychologist, TVPO.

Understanding these skills can seem daunting for those involved on both sides of the equation, but it doesn’t have to be. In addition to the large number of military and veteran service organizations who help transitioning service members and veterans translate their skills, the RAND Corporation developed a toolkit to bridge the gap between military and civilian terms.

The Toolkit for Veterans: What Veterans Bring to Civilian Workplaces – A Prototype Toolkit for Helping Veterans Communicate to Private-Sector Employers about the Nontechnical Skills Developed in the Military. https://www.rand.org/pubs/tools/TL160z1-1.html

This prototype toolkit assists veterans communicate the full value they bring to civilian workplaces. It focuses on the nontechnical skills addressed through selected formal military training and education courses and on-the-job experiences that are typical of enlisted combat arms jobs in the Army and Marine Corps.

The Toolkit for Employers: What Veterans Bring to Civilian Workplaces – A Prototype Toolkit for Helping Private-Sector Employers Understand the Nontechnical Skills Developed in the Military. https://www.rand.org/pubs/tools/TL160-1.html

This prototype toolkit helps civilian employers understand the maximum value veterans bring to their organizations. It focuses on the nontechnical skills addressed through selected formal military training and education courses and on-the-job experiences that are typical of enlisted combat arms jobs in the Army and Marine Corps.

“There has been a huge shift in the amount of support transitioning service members are receiving in translating their military skills to the civilian equivalent,” said Tamre Newton, Director, TVPO.

A key misnomer among civilian employers can be a misunderstanding of the vast majority of service members ready to enter the civilian work force as their future star employee.

“I think the public as a whole is also starting to break away from the Hollywood vision of a broken veteran narrative, and stepping into a new light that showcases all of the wonderful things transitioning service members and veterans have to offer,” Newton stated.

According to the Department of Labor Bureau of Labor Statistics, which announced the current employment situations for veterans in March 2019, “the unemployment rate for veterans who served on active duty in the United States Armed Forces at any time since September 2001— a group referred to as Gulf War-Era II veterans — declined to 3.8 percent in 2018.”

About the Transition to Veterans Program Office:

TVPO is responsible for designing, overseeing, and evaluating the Transition Assistance Program (TAP).

TAP is a result of an interagency partnership between the U.S. Departments of Defense, Labor (DOL), Education (ED), Veterans Affairs (VA), Homeland Security (DHS), in conjunction with the U.S. Small Business Administration (SBA), and the U.S. Office of Personnel Management (OPM).