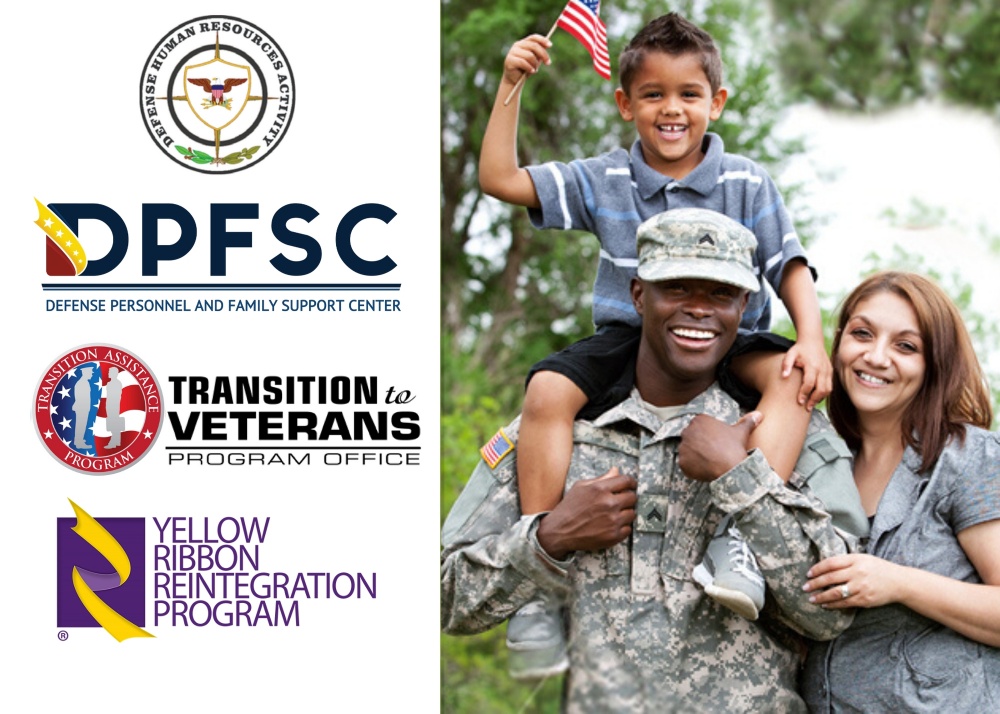 JANUARY 29, 2020 – The Department of Defense has announced a merger of two programs under the Defense Human Resources Activity’s Defense Personnel and Family Support Center to provide streamlined services to members of the armed forces and their families.

The Office for Reintegration Programs (ORP) has combined with the DoD’s Transition to Veterans Program Office (TVPO) to efficiently deliver resources to transitioning service members, members of the National Guard and Reserve, their families and communities worldwide.

“The synergy between these two programs will maximize mission effectiveness and allow for streamlined communication,” said Tamre Newton, director of TVPO. “The coordinated and targeted resources will benefit and support the Warfighter and their families as they reintegrate into their communities following active-duty service or prepare to transition into the civilian world.”

TVPO is responsible for designing, overseeing, and evaluating the DoD Transition Assistance Program (TAP). TAP provides information, tools and training to ensure service members and their spouses are prepared for the next step in civilian life. The Veterans Opportunity to Work (VOW) to Hire Heroes Act of 2011, which was signed into law by President Obama, led to the establishment of TVPO. This Congressionally mandated program supports 200,000 transitioning service members on an annual basis.

ORP is the DoD-wide national reintegration program, including the Yellow Ribbon Reintegration Program (YRRP) established by the National Defense Authorization Act of 2008, and the Center of Excellence in Reintegration (CfE). ORP promotes the well-being of National Guard and Reserve members and their families by connecting them with resources throughout the deployment cycle, and utilizes the CfE to analyze lessons-learned, develop training aids, and evaluate the effectiveness of YRRP to identify deployment-cycle support best practices.

Through Yellow Ribbon events, National Guard and Reserve service members and their loved ones connect with local resources before, during and after deployments. Reintegration during post-deployment is a critical time for members of the National Guard and Reserve, as they often live far from military installations and other members of their units. YRRP has supported more than 1.7 million service members and families since the program’s inception in 2008.

Both programs regularly collaborate with other government partners, including the Departments of Labor, Education, Veterans Affairs, Homeland Security, in conjunction with the Small Business Administration and the Office of Personnel Management.

More information about the merger of these two programs will be announced as the details are finalized.