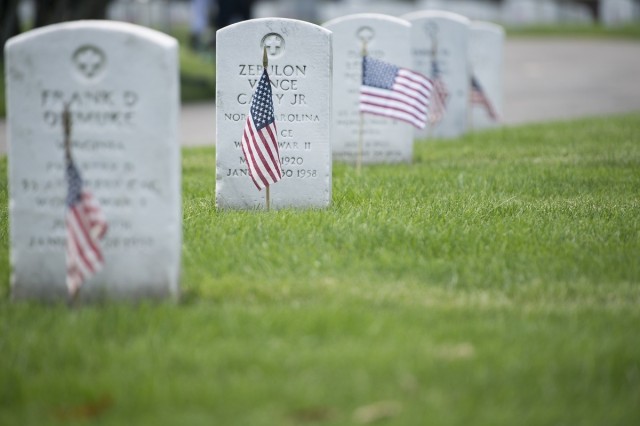 SEPTEMBER 16, 2020 – Today, the Secretary of the Army announced the opening of the 60-day public comment period for the proposed changes to eligibility criteria for burial at Arlington National Cemetery. This is the next step in the federal rule making process required to gather public input to proposed changes to the cemetery’s eligibility criteria.

The proposed rule will allow new changes to eligibility criteria which will keep the cemetery functioning as an active burial ground well into the future, defined as 150 years.

ANC is also currently developing the Southern Expansion Project, which includes the area nearest the Air Force Memorial and a part of the former grounds of the Navy Annex. This future expansion will add 37 acres of burial space for our nation’s veterans. However, expansion alone will not keep Arlington National Cemetery open to new interments well into the future. Without changes to eligibility, even with the new expansion, Arlington National Cemetery will be full for first burials by the mid-2050s.

“We are asking our veterans, families, stakeholders and the public to review our website information, read the Federal Register and engage in this deliberate process. All of us have a voice into the future of Arlington National Cemetery,” said Charles “Ray” Alexander Jr., Superintendent. “We will adjudicate all public comments and keep the public up to date throughout the entire process until the final rule is published.”

The Secretary of the Army and Arlington National Cemetery want to ensure transparency and public participation in this process. We are providing the general public with an opportunity to comment on the draft rule that will change the eligibility requirements at our nation’s most hallowed grounds.